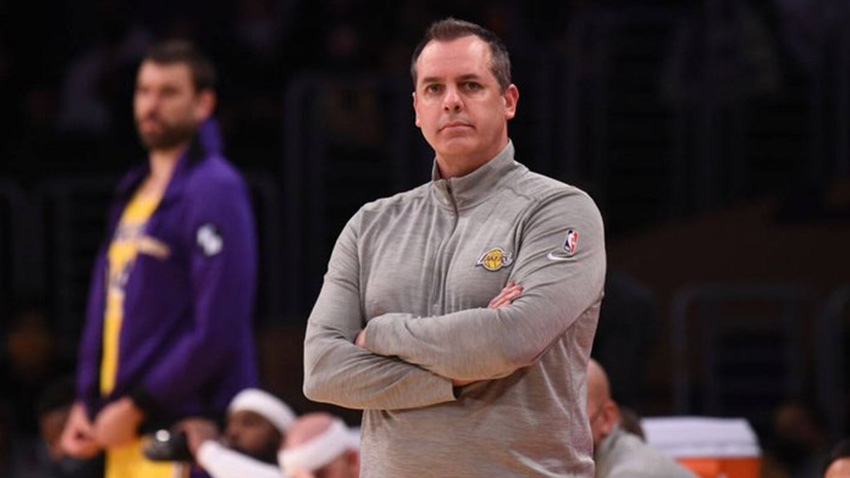 MDP Live - Los Angeles Lakers head coach Frank Vogel has been increasingly rumored to be sacked lately. The Lakers' inconsistent performance is the main reason behind it all.

As a big team reinforced by great names such as LeBron James, Anthony Davis, and Russell Westbrook, the Los Angeles Lakers failed to show an impressive performance in the 2021-2022 NBA season this time. The team from California can only collect 22 wins from 45 matches that have been undertaken. Sometimes in one game they appear solid, in another game they appear aimless.

For example, the Lakers succeeded in arresting the Jazz, whose position was far above them. Then two days later, the Lakers actually fell when they faced the Pacers who had a worse win-lose record than them. This is clearly annoying for Lakers fans who want to see their team win consistently.

One of the things that made Vogel's coaching chair heated up was his inability to rotate players properly. In the last match against the Indiana Pacers, Vogel actually played Carmelo Anthony at the last minute. Anthony is indeed a great player with good shooting accuracy. But in that match, he didn't find his best rhythm.

Frank Vogel also didn't play Russell Westbrook at all in the final three minutes of the final quarter. In fact, Westbrook has pretty good stats. Those questions made the rumors of his dismissal even stronger.