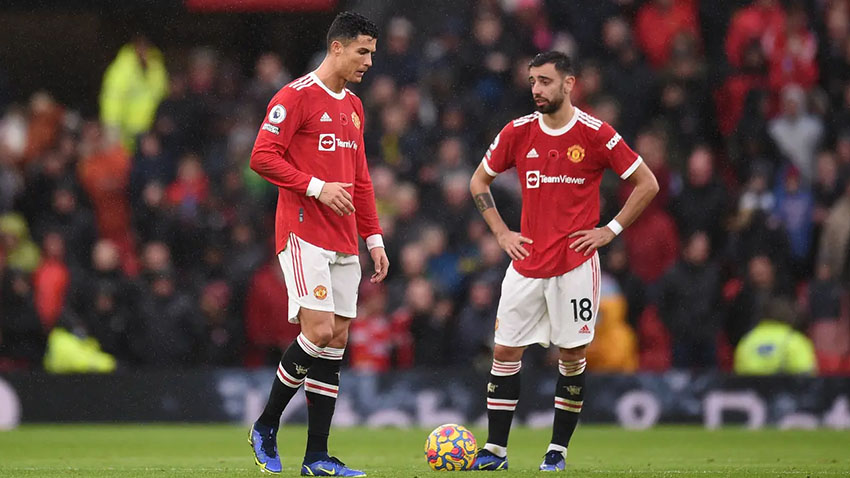 MDP Live - Manchester United sacked Ole Gunnar Solskjaer as manager on November 21, 2021. However, that decision has not made the Red Devils' condition much better.

United started 2022 with disappointing results, losing 0-1 to Wolverhampton Wanderers at Old Trafford. It was Cristiano Ronaldo's sixth defeat this season, but the first under interim manager Ralf Rangnick.

The result left the Red Devils languishing in seventh place in the Premier League standings with 31 points from 19 matches. MU is 22 points behind city rivals who lead the standings, Manchester City.

Not only that, this condition was also followed by reports of tension in the Man Utd dressing room. Rumors of several key players wanting to leave, including Cristiano Ronaldo, are circulating.

The Manchester United situation got the attention of Paul Scholes. Speaking to Webby and O'Neill's YouTube channels, he said: "The club feels a mess from a player, staff and manager perspective. Who wants to come into this club? It feels like a proper mess. It does feel toxic."

Related Posts:  Rumored to leave Manchester United and play in Brazil, this is Cristiano Ronaldo's answer

Furthermore, the former MU midfielder also questioned the quality of a number of players. "It has to get to a point where you think, 'Are these players good enough?' said Scholes.

"We know Cristiano Ronaldo, Paul Pogba, Raphael Varane, Nemanja Matic have great experience and won trophies. However, the rest of the squad haven't proven themselves good enough to win anything."

Scholes, who won 11 Premier League trophies with United added: "We keep saying how good they are, but they fail to produce what is needed on the pitch."