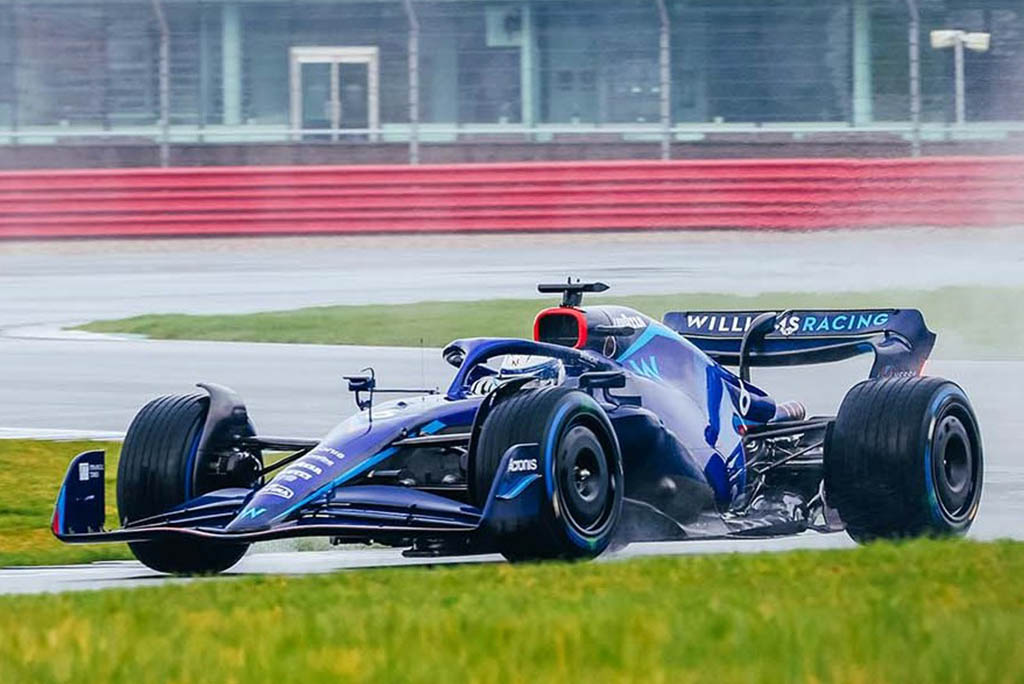 MDP Live - Williams' new car for F1 2022, the FW44, has been tested for the first time at the Silverstone Circuit after being officially launched on Tuesday (15/2).

Williams unveiled his new livery for the upcoming 2022 F1 championship at a digital launch event on Tuesday (15/02) before the FW44 made its debut at the Silverstone Circuit in the Shakedown session.

After testing was delayed for an hour due to electrical problems, the FW44 finally hit the wet track at 2pm local time, with Nicholas Latifi first behind the wheel.

The British team became the third Formula 1 team to field a car for F1 2022 in public ahead of the first pre-season test at the Catalunya Circuit next week.

Aston Martin fielded the AMR22 at Silverstone last week, while Alfa Romeo's C42 car paved the way for the first time with a camouflage livery in a private test at the Fiorano Circuit on Tuesday (15/02).

Related Posts:  Francesco Bagnaia has no intention of leaving Ducati

Williams' principal, Jost Capito, then emphasized that the manufacture of the FW44 car was according to plan, even though it was only revealing the livery.

"Because we are working on a livery and we want to have a perfect one. That's why we can only display it in the show car because it takes a little time to do it," said Capito, quoted from Crash.

“The race car itself is getting ready. At 2 we can go to the track and we will have some photos of the car. We just want to show something appropriate in the livery," he concluded.