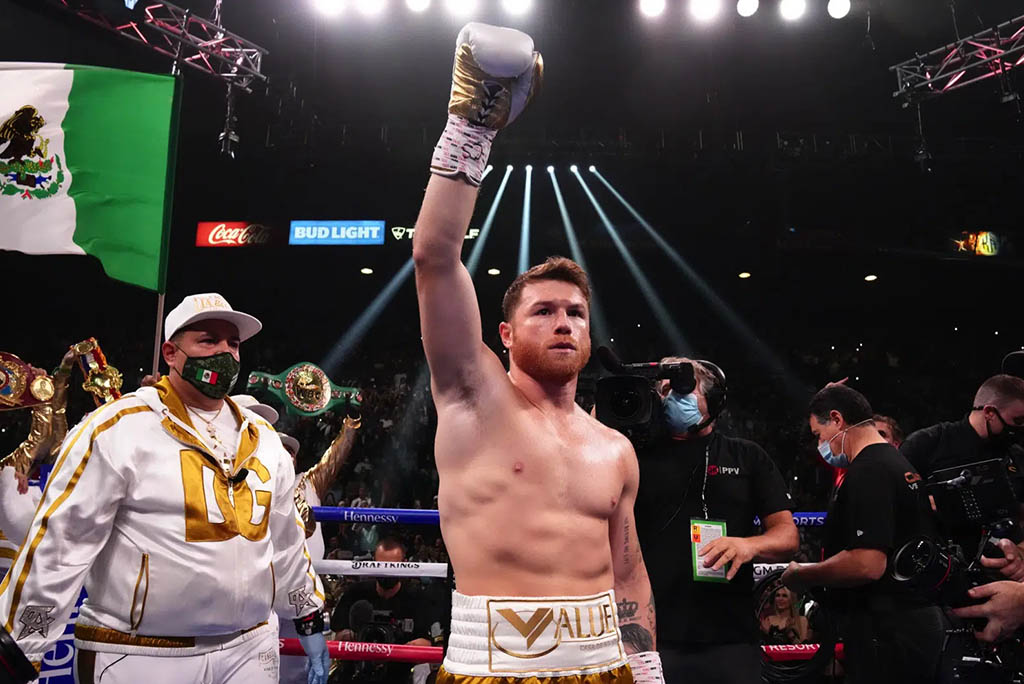 MDP Live - Canelo Alvarez is reportedly soon to take a crazy step in a career in the world boxing scene. Starting his adventure in professional boxing by going down at welterweight (66.68 kg), the Mexican boxer is rumored to be going down to heavyweight (+101.61 kg).

In the near future, he is rumored to be setting his boxing schedule to challenge WBC cruiserweight champion Ilunga Makabu. In fact, Canelo, who is now down in the super middle class (76.2 kg), is only about 14 kg to move up to cruiser class.

British promoter Eddie Hearn wants to pit Canelo Alvarez against Gennady Golovkin in middleweight or Dmitry Bivol in light heavyweight. However, when he spent time with Canelo in San Diego, California, Hearn admitted that he was amazed by Canelo Alvarez's statement.

Hearn said Canelo had a dream of appearing in the heavyweight division. In fact, with confidence, Canelo Alvarez told Hearn that he was able to beat two heavyweight champions, Anthony Joshua and Oleksandr Usyk.

"He (Canelo) thinks he is completely unbeatable. And he thinks he can beat Oleksandr Usyk. I think he can beat Anthony Joshua. That's his mentality. He is very good. Arguably the best fighter I've ever seen up close." Hearn said.

Related Posts:  For the sake of pigeons, Mike Tyson is willing to lose his girlfriend and fight with the cleaners

"Canelo lives with challenges and it depends on the fights he likes. The trilogy fight with Golovkin is still the biggest in boxing. It is a trilogy that proves who the undisputed world champion is," said Eddie Hearn.

As for Canelo Alvarez's coach, Eddy Reynoso, it is possible that his boxer will face Jermall Charlo. “Charlo is a more marketable fighter, he has a lot of followers, and because of that the fights are more attractive.

However, Eddy added, “Canelo is at a level where he can fight anyone. I think the difference is in the weight and we have to be careful with that. He can fight at a heavyweight where he feels strong."

"We'll see if something can happen in May or September. In fact, Golovkin had revealed his intention to fight against Canelo. There is an intention for a trilogy fight. However, we will work with boxing promoters who have the best fighters and the best fights for us," said Eddy.