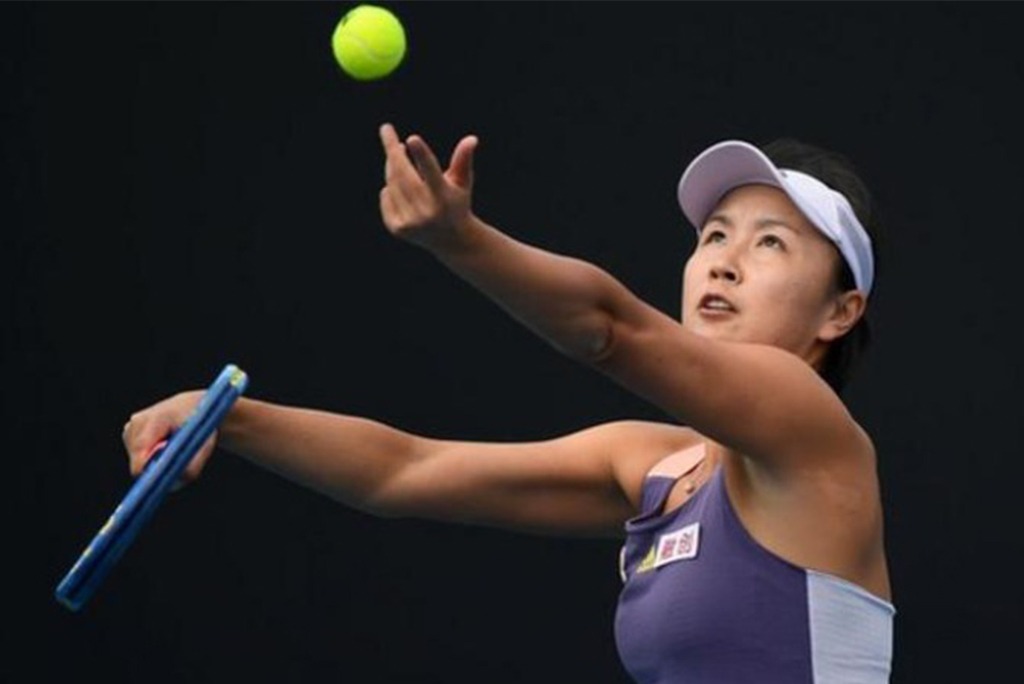 The Women's Tennis Association (WTA) says Peng Shuai's latest interview about her sexual assault allegations "does not alleviate" its concerns.

Peng accused a Chinese government leader in November in a social media post but it was swiftly deleted and the player then disappeared for weeks.

But the 36-year-old said on Monday she never alleged sexual assault.

"Her recent in-person interview does not alleviate any of our concerns about her initial post," the WTA said.

The organisation's CEO and chairman Steve Simon added: "To reiterate our view, Peng took a bold step in publicly coming forth with the accusation that she was sexually assaulted by a senior Chinese government leader.

"As we would do with any of our players globally, we have called for a formal investigation into the allegations by the appropriate authorities and an opportunity for the WTA to meet with Peng, privately, to discuss her situation.

"We continue to hold firm on our position and our thoughts remain with Peng Shuai."

The player has been in attendance at the Beijing Winter Olympics, and on Tuesday watched her compatriot Eileen Gu win gold in the women's big air event.

The International Olympic Committee also said its president, Thomas Bach, had dinner with Peng on Saturday.

Bach had been one of the first to vouch for her safety after she disappeared in 2021 and the pair held a video call when there were concerns over her whereabouts and safety.

Three people in one place at one moment that says so much about these Games for China.

American-born and California-living Eileen Gu had just landed a phenomenal final jump to bag her first gold for China, the country she's representing.

In the front row of the stands was IOC President Thomas Bach, the man who has become an interlocutor between China's ruling communist party and the outside world.

Peng Shuai, the Chinese tennis player who disappeared for weeks after claiming she'd been sexually assaulted by a senior party official - a claim she later retracted - was in the stands too.

Within the space of a few minutes the cameras caught images of all three; two of them there by choice, one of them whose ability to choose we are unable to be sure of.

It made for a perfect image for China's state-run media.